AMD attracted a lot of attention at CES 2020 with its launch of the Ryzen 4000-series Mobile APUs with up to eight cores in a 15W TDP form factor. The processors enable AMD to compete for all segments of the notebooks market, from ultra-portables to high-end gaming machines for the first time in years. But when it comes to gaming, there are people who always want more and for them Clevo and its partner XMG are preparing a desktop replacement laptop with an AMD Ryzen 3000-series processor featuring up to 12 cores.

Clevo is a leading producer of higher-end notebook platforms which are used by some well-known PC suppliers, such as Eurocom. For obvious reasons, virtually all gaming platforms by Clevo released in the recent years relied on Intel’s processors for high-end laptops or even desktops (albeit with TDP-down feature). By contrast, AMD’s Ryzen 3000-series desktop processors have something that Intel cannot offer just yet, up to x86 12 cores, which is why Clevo has developed its NH57ADS notebook platform powered by desktop processors, according to Jarrod’s Tech. 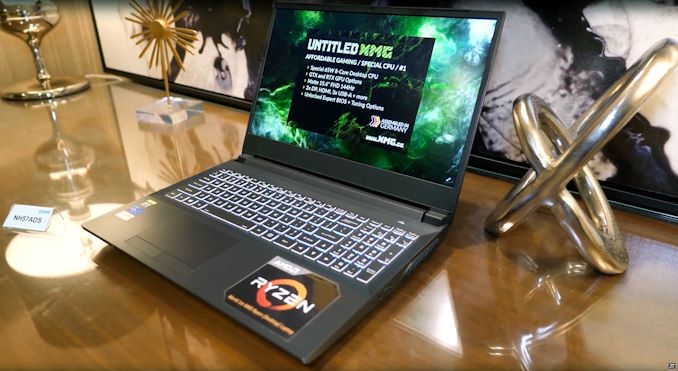 XMG, a supplier of gaming laptops from Germany, will be one of Clevo’s first customers to use the NH57ADS platform for its codenamed XMG Apex 15 gaming laptop aimed at those who want a no-compromise performance in a clamshell form-factor. The notebook is based on up to AMD’s 12-core Ryzen 9 3900-series processor with an up to 65 W TDP that is paired with NVIDIA’s GeForce GTX/RTX graphics with a TDP of up to 115 W. Note that XMG here is using AMD’s special option to lower the TDP of its desktop CPUs down a class, to help reduce thermals at the expense of performance. To cool down the CPU and the GPU, Clevo uses a rather formidable cooling system with two blowers and six heat pipes. XMG reportedly plans to offer its own settings for the cooler and a BIOS that supports overclocking.

Since the NH57ADS platform and the codenamed XMG Apex 15 machine are designed to replace desktops, they feature a modular design and therefore can be upgraded, assuming that AMD will offer more high-end processors in its AM4 form-factor with a 65 W TDP and there will be an appropriate BIOS update for the NH57ADS. The system itself can be equipped with up to 64 GB of DDR4 memory, two M.2-2280 SSDs (one PCIe, one SATA), and a 2.5-inch storage device. As for connectivity, everything is pretty regular: Wi-Fi 6, Bluetooth, GbE, USB-A, USB-C, HDMI, a microSD, and audio connectors. 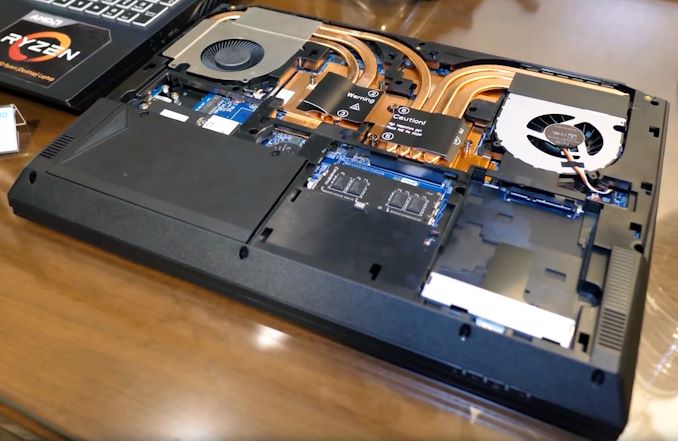 The 15.6-inch Clevo NH57ADS is 3.25 cm thick and weighs 2.7 kilograms, which is not too heavy, but not too portable either. Maxed out configurations of the machine will also come with a 230 W external power supply, which will further increase weight.

Clevo does not pre-announce products for its clients, so it is hard to say which suppliers will eventually offer the NH57ADS platform and when. Evidently, notebooks like the XMG Apex 15 are going to be expensive, which is natural for DTRs.

For the sake of truth, it is necessary to note that Clevo’s NH57ADS is not the first DTR notebook to feature a desktop AMD Ryzen processor. ASUS introduced its ROG Strix GL702ZC with an eight-core AMD Ryzen 7 1700 back in late 2017, but that was a 17.3-inch machine.